Comprised of Jayson Tabin, Rexon Kerk Tanay, Jhoey Bhoy Buenaflor and Squad Leader John Kirk Magbanua, Sealteam Peenoise endured the Finals that lasted over 7 hours defeating 14 other squads. From a 2nd to the last finish during the first round, the team was able to recover by winning the third, fifth and sixth round giving them a total score of 3,065 enough to win the title.  Savage Gaming comes in 2nd with a final score of 2,925, Team Marshall with 2,675 in 3rd, Comeback in 4th with 2,380 Points and Evo Groundz with 2,320 points in 5th. 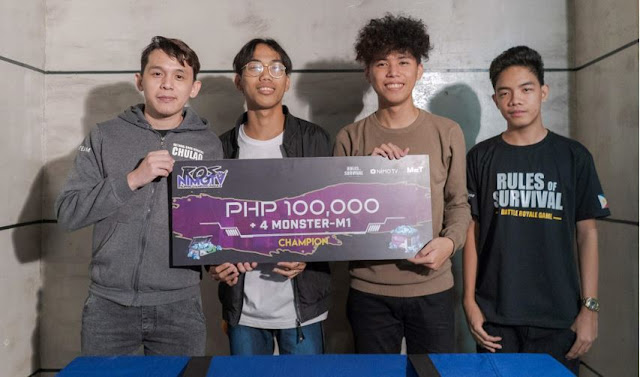 The top 5 teams will represent the country in the upcoming Rules of Survival Southeast Asia tournament and will face other Southeast Asian teams to gain supremacy.

Nimo TV is a leading global platform that allows millions of gamers from all around the world to play and broadcast their games to other like-minded players building a community of players, gamers, and fans that drive conversation, and allows peer-to-peer rewards and recognition. Utilizing a high-quality interactive technology, audiences can interact with streamers, and gain access to exclusive esports events and tournaments, along with unprecedented access to the top streamers from across the region.